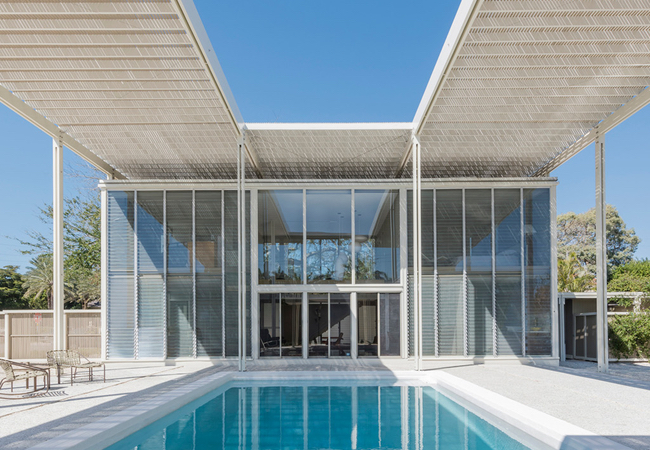 Tour the renowned Umbrella House, described by Architectural Digest as “One of the five most remarkable houses of the mid-twentieth century”

In 1953, developer Philip Hiss commissioned Paul Rudolph to design a spec home as a physical advertisement for his new development, Lido Shores. The dominant feature of the house is the “umbrella”, giving the house its colloquial name. The shade structure is an expansive awning designed to modulate the intense Florida sun and unite the pool and home complex under one cohesive structural gesture. The original umbrella, lost during a storm in the 1960s, was carefully restored in 2015, receiving multiple awards for preservation and rehabilitation from the Florida Trust for Historic Preservation and the AIA. 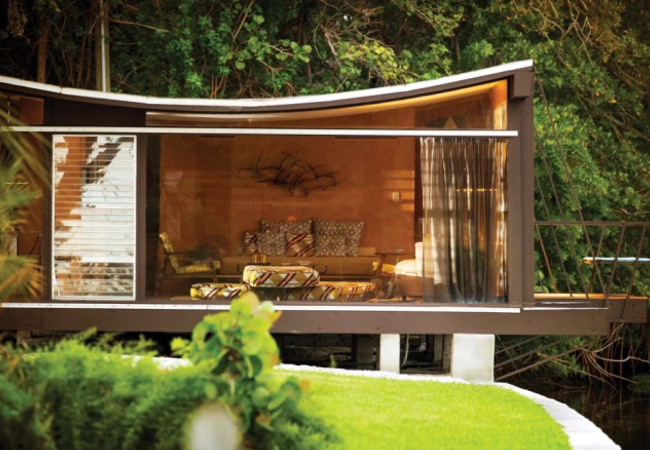 Ralph Twitchell and Paul Rudolph’s 1950 Healy Guest House is an intimate two-bedroom, one-bath cottage built as a guesthouse for Twitchell’s in-laws, the Healys. The house gets its whimsical nickname from the technology used to build its catenary roof: a polymer spray Paul Rudolph saw in use at the Brooklyn Navy Yard to moth-ball, or “cocoon,” warships returning from WWII. Rudolph’s innovative design was an early attempt to apply this material for use in the construction industry. 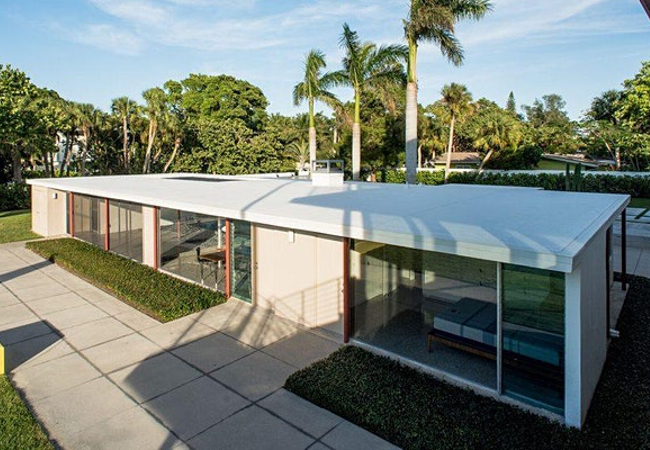 The Revere Quality House is a paradigm of indoor/outdoor Florida living.

The Revere Quality House, a model of indoor/outdoor Florida living, was built in 1948 and designed by Paul Rudolph and Ralph Twitchell. Originally designed as part of a visionary suburban community, the building is a breakthrough in twentieth-century residential architecture that blends elements of the International Style with site-responsive and environmentally sensitive design. The Revere Quality House established a new paradigm in tropical home construction by exemplifying how informed design choices can encourage people to live with and within their environment.